Snakes get a bad rap. Just the way snakes move freaks some folks out, not to mention the venom. When you get to know a bit more about them, though, you might understand why we think snakes are worth saving.

According to the CDC, between 7,000 and 8,000 humans are bit by venomous snakes in the United States each year, and around five of those will die. For perspective, though, 49 people die, on average, from lightning strikes. Unlike lightning, which does not care, snakes would rather not bite you, because that rarely ends well for the snake. Instead, snakes will go out of their way to get out of your way and go about the business of catching prey, which is what that venom is really for.

Image by Denis Doukhan from Pixabay

The name “snake” comes from an Old English word, “snaca,” which means “to crawl or to creep.” They do not actually creep, though. Snakes slither, which is the serpentine motion you often see. They also “walk” on their belly scales to move slowly straight ahead, or bunch up then stretch forward like an accordion. While they have no actual legs, their ancestors did. Many snakes still have what remains of the pelvic and leg bones in there.

Going legless could not have been a bad idea, since some lizards decided to do it, too. Wait! Isn’t a legless lizard just another snake? Nope, and if you are not sure, have a staring contest. If they blink, they are a lizard. Snakes have no eyelids. Instead, their eyes are covered with a transparent scale for protection. The scale will shed along with the rest of the snake’s skin.

While shedding is common in the reptile world, the way snakes slide out of their skins and leave them behind in one piece is unique. The process is so mysterious and wonderful that humans have symbolically associated it with growth and transformation. The poor snakes must go around being spiritually significant, as if being nature’s rodent control service was not burden enough. 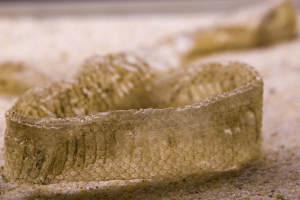 Image by Engin Akyurt from Pixabay

Rats, mice, and other small mammals make up a good portion of a snake’s diet. In keeping the rodent population controlled, snakes also reduce the number of ticks which carry Lyme and other diseases. Whenever we get a call about a snake hanging around where they are not wanted, the first thing we ask is, “What is the snake eating?” Chances are good there is something there attracting mice. The snake is doing pest management for you and will not even send you a bill.

While we specialize in turtles, our door is open to any injured reptiles in need of care. We think snakes are fascinating and recognize how important they are to the ecosystems they occupy. We will keep learning and working hard to save the snakes.